Marine plastic litter transport from Europe to the Arctic

Context and Issue at stake

Plastic pollution is one of the environmental pressures on our marine ecosystem, and is receiving broad attention from the public and policymakers alike. While most attention goes to the plastic that ends up in the centres of the ocean basins, in the so-called ‘garbage patches’, the floating plastic there constitutes only a small fraction of all the plastic in the ocean. In particular, most plastic that enters the ocean from northwestern Europe may end in the Arctic. In this case study, we will investigate how floating plastic litter that is released into the sea from NW Europe gets transported by ocean currents and waves. This plastic has a significant impact on the marine ecosystems, especially when it reaches the Arctic. 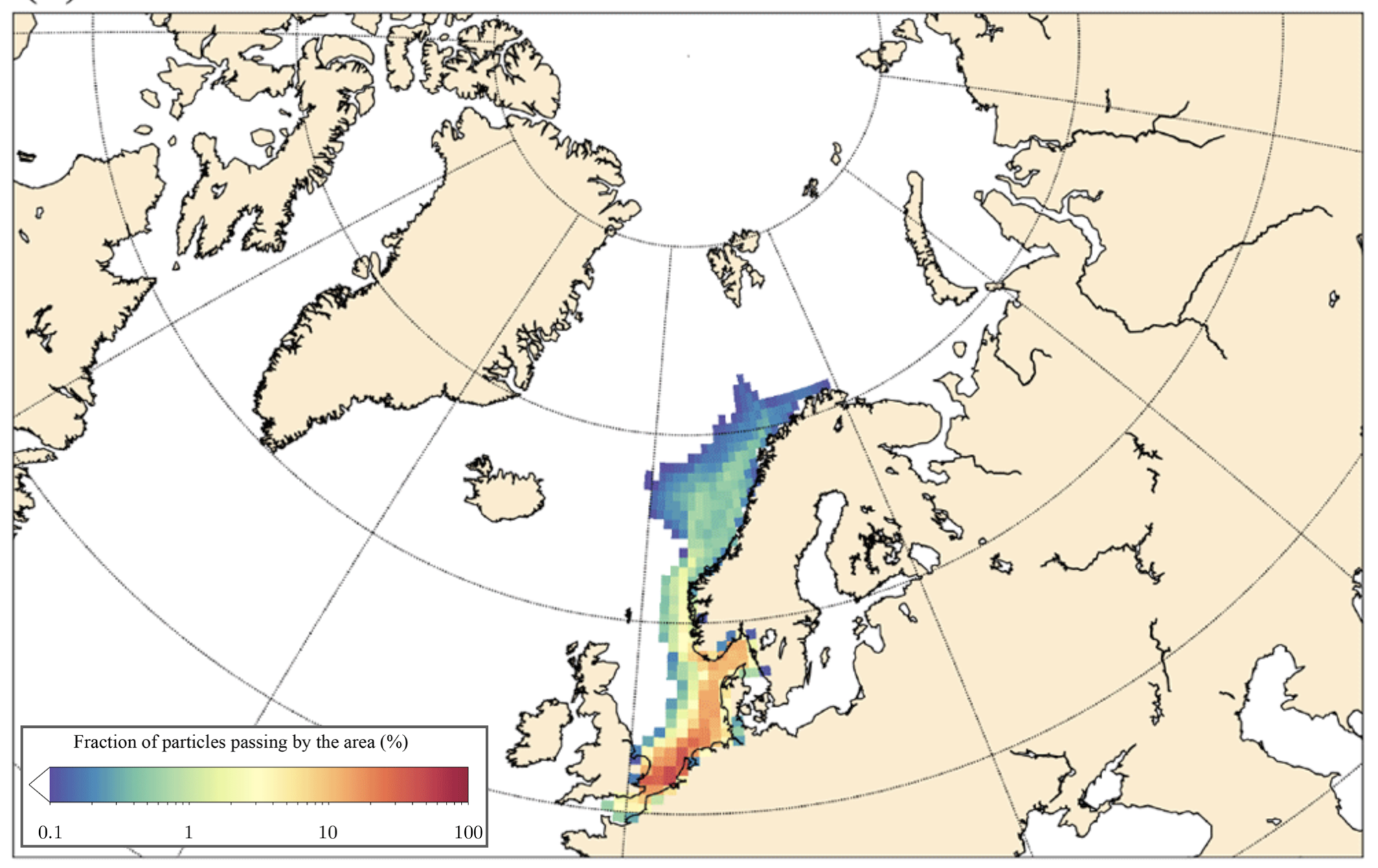 Fraction of virtual floating microplastic originally released in the Thames and Rhine estuaries, for the simulation with NEMO1/12 surface flow fields and WAVEWATCHIII Stokes drift. It is computed for each cell of a 1∕4∘ longitude × 1∕8∘ latitude grid as the proportion of the particles that have visited the cell at least once. Note the logarithmic scale. Figure adapted from Delandmeter and Van Sebille (2019, 10.5194/gmd-12-3571-2019).

To better understand the fate of this litter, the pathways of virtual plastic particles will be computed with the new and improved CMEMS products. We will in particular focus on the role of the Stokes drift term and other wave effects, which are usually omitted in global simulations of plastic transport. This Stokes drift, which is the net effect of wave motion on the transport of floating material, has recently been shown to significantly affect pathways of floating plastic.

We will compare the pathways of the virtual floating plastic with those of surface drifters deployed in the region, as well as with satellite observations of currents. These drifters are part of the Global Drifter Programme, administered by NOAA.

The ‘Marine plastic litter transport from Europe to the Arctic’ case study will be carried out by Erik van Sebille, Philippe Delandmeter and Christian Kehl at the Univ. Utrecht. Erik is a physical oceanographer and computational physicist who is an expert in Lagrangian Ocean Analysis; Philippe is a computational engineer and expert in computational fluid dynamics; Christian is a computational geoscientist with expertise in computer visualisation. The three have been the main developers of the open-source oceanparcels.org toolbox for tracking particulate material through the ocean